What is the difference between DUI and DWI?

The acronyms DUI (driving under the influence) and DWI (driving while impaired/intoxicated) refer to the illegal act of operating a motor vehicle while under the influence of drugs or alcohol. While a number of states do distinguish between DUI and DWI (typically with DWI being the more serious offense), under Virginia DUI laws, there is no difference between the two terms. Both are considered Class 1 misdemeanors with the first two convictions within a 10-year period and Class 6 felonies thereafter.

What are some relevant drunk driving statistics?

What are the penalties for teenage drunk driving in Loudoun County?

Consumption of any alcohol for anyone less than 21 years of age is illegal throughout the nation, although the penalties do vary from state to state. In Virginia, DUI law states that any type of teenage drunk driving is considered a Class 1 misdemeanor. If someone underage is discovered to be driving with a BAC between 0.02 and 0.08 percent, he or she faces the possibility of a fine of up to $500 and other sanctions including a license suspension.

Those less than 21 years of age who are found with a BAC of 0.08 percent or higher face the same drunk driving charges and penalties as those who are of age.

What are some effects of drunk driving charges on my record and on my life?

A drunk driving charge will only affect you if you are convicted. Aside from facing whatever penalties are imposed along with a conviction, you may also be required to purchase a Virginia SR22 insurance policy before you may drive again. The SR22 insurance policies are high risk and, therefore, will cost significantly more on a monthly basis. You should make this purchase only through an insurance agency that is authorized to sell high-risk SR22 policies in order to ensure that you are being properly covered.

Will I lose my license if convicted of a DUI or DWI? 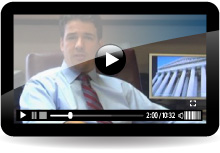